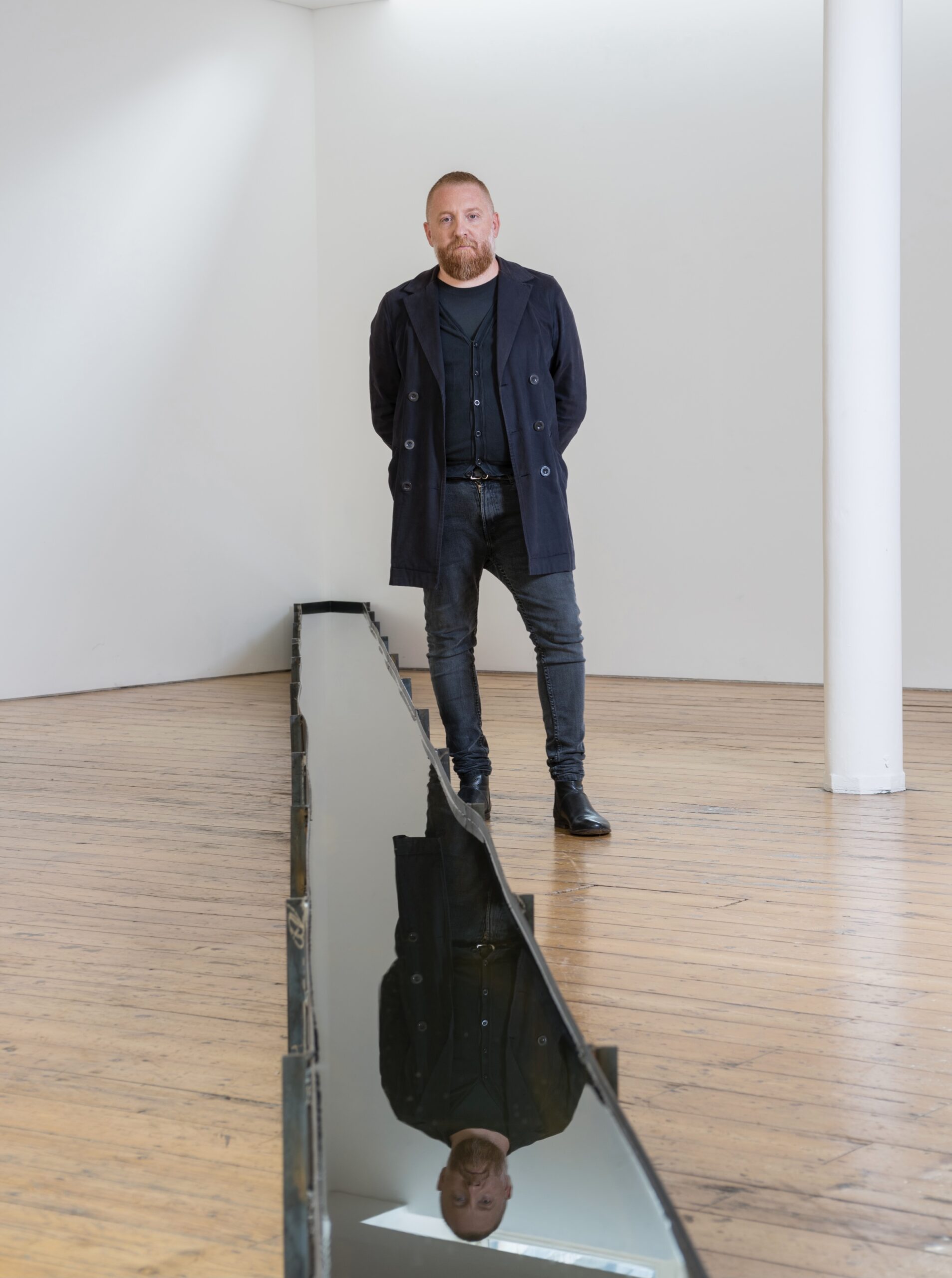 Francesco’s work leads one to think about Arte Povera, in the way he rethinks space, language, materiality, the role of nature in the work, and the use of everyday objects. It was important for us to question the influence of the movement, while learning how he translates personal & historical data into abstract minimal sculptures.

How have previous Italian art movements impacted your work? Do you share any beliefs with Metaphysical Art, Arte Povera or Futurism? For me I see a lot of Manzoni and the Arte Povera influence, but I want to know what you would say about it.

The Italian artistic movements you mentioned, especially Arte Povera and the work of Piero Manzoni, are an essential part of my training as an artist, part of my way of looking at things, they are a visual alphabet, the freedom in the use of materials. In Arte Povera, the combination of imperishable and perishable materials represents an opening to new possibilities that many later artists, not only Italian, could not avoid taking into account. The same goes for the tragic irony that permeates the work of Piero Manzoni.

What role does nature play in your work?

Nature is the substance in which we are immersed, even the artificial nature of cities, highways, airports and gas stations. I see no difference between the various environments: there is a close relationship between natural and artificial, between the flat horizon of the sea and an airstrip, between the skyline of a city and the peaks of the mountains. In all cases, they are the lines within which the human play takes place.

How does your minimal aesthetic convey the complex historic occurrences you frequently play with? Is the purpose of the work to make us aware of the events or to also try and motivate change by bringing these things to light? And if it is to motivate change, could you explain how?

In my works there are sometimes references to specific events, distances, sizes, times, which as data come from a certain fact, but these things disintegrate in the sculptures losing their visibility, becoming abstract – factual data that are used in the building of an object that is sometimes cold, sometimes hot, sometimes changing, sometimes static; these data become invisible because they are part of the system that I set up to get to the physical core of a reasoning and suggestions that form the sculpture. The purpose of the work is this process, and the process is the purpose; at the basis is the story, the will to relate to a story and share it with others.

“..I see no difference between the various environments: there is a close relationship between natural and artificial..”

Do you create links between the personal and the historical in your work? Could you give us an example?

Inevitably, the personal and the historical elements come into contact: it is Francesco who speaks from his own point of view, which can be more or less shared by others. Even when I use my body dimensions and compare them to something totally different from myself, I do so because I need a point of view that can only be mine, as for example in the case of Il peso del mio corpo da un blocco di pietra del peso di una barca [The weight of my body from a block of stone as heavy as a boat], a sculpture from about ten years ago that formally looks like a block of stone weighing as much as a boat like those used by illegal migrants which, pierced, was then reduced to what my weight was in 2010. For this work, in April 2010 I went to Lampedusa, an island south of Sicily where most of the landings of migrants who try to reach Europe from the African coast take place. On the island I visited a warehouse full of shipwrecks and saw those used by migrants, which the Italian authorities stored in that place while waiting for them to be dismantled. I weighed one, and when I got home I had a block of stone of the same weight (700 kg) cut. The block was subsequently emptied up to 69 kg, my body weight at the time, while maintaining the original dimensions (80 x 100 x 32.8 cm). The sculpture thus comprises two numerical data: the weight of the boat, which is the starting point for the sizing of the stone block; and my weight, which is the second factor, the one that dictates the amount of material to be removed from the block and consequently the final shape of the work. The historical and the personal elements.

I find it interesting that data like weight and height of your art is informed by facts that you are researching, but this is only a starting point, correct? What is your next step in making art? Do you have a systematic way of creating, or does it change?

I believe I have a system that helps me put together different things and turn them into an art piece, but I don’t know how much I actually stick to it; not everything is clear and linear: maybe I start from a datum but at a certain point I stray from the path I had in mind at the beginning and I end up elsewhere. What is now clear to me is that time is at the core of my work, with all its differences, the finite time of men and the time of things which is much longer and resilient: I move between these two elements.